My thoughts on life, liberty, and the pursuit of happiness. Oh, and sports too.

The NFL Playoffs, As I See Them 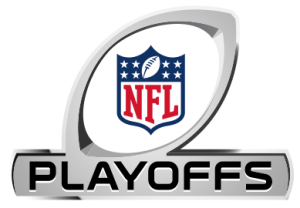 Well, the divisional round of the playoffs is over. The AFC played out pretty much as expected. Tom Brady and the Pats brought Tebow mania to a screaching halt, and the Ravens beat the shorthanded Texans in Baltimore. This sets up a long awaited playoff rematch in Foxboro, where the Pats would like to get some payback for the ugly loss they suffered at the hands of Ray Lewis and Co. in 2009.

In the NFC, the weekend was a lot different. The two high powered offenses of the Saints and Packers were not enough to keep them moving on in the playoffs. In the end, their defenses were just unable to keep the other teams from scoring. Couple that with the fact that both of their opponents had a solid D, and it spelled the end for both of them. Now we have a rematch from week 10, in which the 49ers bested the Giants 27-20.

Now, being that the NFC Championship game is a little surprising, let me take the time to break down why it really isn’t.

First of all, the Saints were 5-3 on the road this year. Hardly what I would call dominant. They played against 3 top 15 defenses and went 2-1. The loss being on the road to the 2nd worst team in the NFL, the Rams. Although they had the #1 pass offense in the league this year, it was definitely complimented by the #6 rush offense. Unfortunately, the 49ers had the #1 rush defense. This forced Brees to throw more, which was reflected by his 63 attempts. They became 1 dimensional and stagnant. Which should not be surprising considering that San Fran has played, and beaten, 3 of the top 10 offenses in the league this year. Conversely, the Niners run game was killing the Saints D, averaging 6.5 yards per carry. Even if you take away the perfectly executed bootleg by Alex Smith, for 28 yards and a touchdown, the average would still be 5.5. That’s awesome. This ultimately opened up the pass game. New Orleans had absolutely no answer for Vernon Davis. I know the last 5 minutes turned out to be very exciting, but the fact that the Saints lost should not be surprising, considering that their only real quality victory this season was a road win against Houston. This makes 2 years in a row that the Saints have proven they can’t win on the road in the playoffs. Better luck next year.

As for the Packers, they haven’t played a quality D all year. Aaron Rodgers has spent the whole season carving up inferior defenses. The only top 15 D they played against all season, was #11 K.C., and they LOST. In addition, the 3 teams they played this year that had good offenses, SD, NO, & NY, all put 30 plus on them. If not for Tom Coughlin and his ludicrous reasoning for calling pass plays instead of running plays, at the end of their week 13 matchup, the G-men might have beat them then, too. Green Bay looked flat from the beginning and New York looked hungry. If not for the worst non fumble call, in the history of the NFL, the margin of victory would have been larger. The roughing the passer penalty was a joke, too. Both bad calls kept drives alive that ended in Green Bay touchdowns. Ultimately, the Giants, as a team, showed they have improved greatly since their earlier meeting, while the Packers had not. End of story. Go get your discount double check.

Not to be unfair to Houston and Denver, but their games were not considered to be upsets, and therefore I don’t need to present a long explanation as to why they lost. It’s simple. Houston was without their quarterback and their best defensive player, and the Broncos have a fullback for a QB. No more Tebowing this year. Thank god. Ha ha. Look, I made a funny. 😉

Looking toward this weekend, I think we will see one good game, and one great game. The great game being the S.F./N.Y. matchup. I believe it will be a low scoring affair, and will likely come down to the last possession. I know the 49ers are favored at home, but I think that the Giants are really hitting their stride at the right time. They have literally been playing playoff football for 4 straight weeks, while the Niners coasted to the 2 seed and had a bye. True, they still looked very good, but I like a team that has been playing well under pressure. The Giants have done that. Giants 17 Niners 14

So that leaves the Pats and Ravens. I know the Pats lost to the only two teams they played with a winning record. I know the D gives up a lot of yards, and I know that the Ravens have a very good defense. However, I also know this. The Patriots played 9 of the top 15 defenses this year, and went 8-1, and scored 30+ points in 6 of those games. The only loss was to the #1 D in the league, Pittsburgh. Ironically, Baltimore was the only team to play more top 15 defenses than N.E. They went 8-3. Nothing wrong with that. Hell, there are teams in this league that couldn’t go 8-3 against the worst defenses in the league. Baltimore is good, no doubt. However, the Ravens have only played one top 10 offense this year, San Diego, and they got killed. What’s more, is that the game was important at the time. I know that every game is important in a 16 game season, but the second half of the year is crunch time. The Pats haven’t lost since week 8. Sure, they let Indy back in a game when they were killing them. You can do that in the regular season when you’re up by 4 touchdowns. Yeah, they let Miami and Buffalo look good for 15 minutes, too. Then they buckled down on D, dropped the hammer, and scored at will. Great teams make mistakes and fix them, and that’s what the Pats do better than any team in the league. The Ravens are a great team. No doubt about it. But much like the Giants, Brady and Co. are hitting on all cylinders, and they are finally healthy. McCourty is definitely glad Chung is back. Flacco is suspect at best, and Ed Reed is not 100%. Not only do I see the Pats winning this game, but I really don’t think it will be very close. Belichick will go no huddle with 3 wide, and a 2 TE set, and the Ravens will be down 14-0 before they know what hit them. Rice then becomes irrelevant, and it will all be on Flacco. Not a good formula for Baltimore. Pats 35 Ravens 14.

Then it’s on like Donkey Kong. Payback’s a bitch Eli. No David Tyree. No Plaxico Burress. No missed picks on the sideline. No escaping the 4th down sack while the refs watch the Pats D get held by 3 guys and don’t throw a flag. Oh yeah. We remember. You’re gonna go down hard. The Pats will be at full throttle ALL game. Be afraid. Be very, very afraid!

2 comments on “The NFL Playoffs, As I See Them”