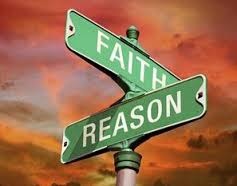 1. An acceptance that a statement is true or that something exists.

2. Something one accepts as true or real; a firmly held opinion or conviction.

Seems like a pretty simple word with a very straightforward definition. However, it really isn’t that simple, is it? As I read this definition I couldn’t help but notice the synonyms that were listed below it. Words like PERSUASION, TRUST, CREDENCE & CONFIDENCE, and of course…..FAITH. The siamese twin of BELIEF. Wherever you find one, you will almost certainly find the other, which is probably why they are the first synonyms listed on each others definitions. They are The Wonder Twins…minus the monkey. They are virtually interchangeable, although by definition, they have one big difference. That difference, is the mention of God.

1. Complete trust or confidence in someone or something.

2. Strong belief in God or in the doctrines of religion, based on spiritual apprehension rather than proof.

As an atheist I struggle on a daily basis with the words I choose, in certain situations. ‘God bless you’, for example. I say it all the time, although usually just ‘bless you’. Mainly because I don’t want to be impolite. I did say ‘May science illuminate you’ for awhile, but it only confused people, and down here in bible thumping country it only created drama, so I discontinued that practice. ‘Oh my God’ is another phrase that’s hard to remove from my vernacular. ‘Good Lord’, ‘Thank God’, ‘God damn it’ and so on, and so on. There are so many common uses for the word God in our everyday speak, that I can’t even remember them all. I constantly find myself trying in vain, to remove the word God from my everyday vocabulary, but it is virtually impossible. It’s probably going to take ‘an act of God’……………SHIT!  See what I mean?

This brings me to BELIEF. A word that I have no intention of removing from my brain, and a word that I wish the religious of the world would leave alone. I never use the word FAITH. Ever. This is because it is always associated with God. It makes no difference if it is actually being used in that context, it still rings a tiny bell in the back of everyone’s head that conjures up the idea of God. BELIEF does not have that same effect, because from a religious standpoint, FAITH covers it pretty well. Do I need to remind you?

2. Strong belief in God or in the doctrines of religion, based on spiritual apprehension rather than proof.

The real interesting thing is that the word BELIEF is in the definition for FAITH, CONFIDENCE, and TRUST, Although FAITH is the only one described as a ‘strong’ belief. Why does this belief need to be so strong? Is it because it’s the one that requires the most suspension of rational thought?

“This is the craziest shit ever laid upon the human brain, and hasn’t got a single shred of evidence to support it so my belief in it is going to have to be real strong, because if I hadn’t been indoctrinated into this when I was a stupid child, I would never believe it.”

Does that about sum it up? I think it does. BELIEF is BELIEF. It doesn’t need to be firm or strong because whether you want to admit it or not, real BELIEF is something we embrace after we have established a few facts. You know what those are, don’t you? Those things you use to make an educated decision.

—-The Sox got rid of Bobby Valentine, hired John Farrell, moved some key players and acquired a few others and I believe they are going to have a good year this year.—-

See that? I took some real world facts and developed a BELIEF based on those facts. FAITH is a thought process in which facts play zero part in the decision. This is why these words need to break free from each other so that those of us in the world who like to operate in a fact based environment, can do so without using a word that the religious have hijacked. BELIEF & FAITH need to go to the finest dictionary hospital in the world and have an operation to separate themselves from each other, and be allowed to live independently of one another. We have the technology. We can do it. We can make these two words far stronger and more powerful than they have ever been before. Oh, who am I kidding. I don’t believe that for a second.

One thought on “I Believe, But I Have No Faith”