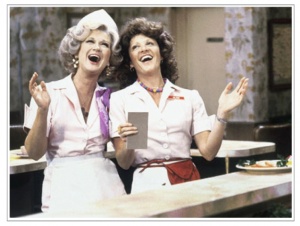 What is it going to take for us to change the manner in which we tip are waiters and waitresses? It is such a broken system, and I cannot believe it is still in use, in its current form. What I really can’t figure out is why anyone thought it made sense to begin with. I know on the surface it seems logical, but when you dig a little deeper you realize it’s completely ludicrous.

First of all, in case you don’t actually know, all servers pay taxes based on a 15% gratuity of total sales for every meal check they handle for the entire year. That means if a server works five nights a week, and every night does $500 worth of checks, then at the end of the year they have $130,000 in sales. Their taxes owed would then be based on total hourly wage, which in most of America is still below $5/hr, plus 15% of $130,000($19,500). Assuming this is their full-time job, they don’t work overtime and they are actually lucky enough to make $5/hr(unlikely), then they will be paying taxes on roughly $30,000. That is about $4000 in federal tax alone. Depending on where they live, they could pay another $1000 in state tax. Of course the taxes on their hourly pay will come out of their paycheck, but that would likely only take care of about 30% of the total. Maybe they have a few tax credits, and/or dependents, that take the total down a little more, but in the end, they have a low paying job that forces them to write a 4 figure check every year to the government, based on the assumption that they actually received the amount of money that society has deemed appropriate for their services. Them’s the facts!!!

Now for the lunacy.

Let’s say the server works at an above average restaurant. Not as nice as Morton’s or Del Frisco’s, but better than Olive Garden. A $35-$40 a plate type establishment. One lovely evening our server has a table right next to a table that belongs to another server. 2 couples walk through the door at exactly the same time. 1 couple sits at our servers table, and the “other” couple sits at the other servers table. Both servers couples order the exact same meals. Both men get the filet mignon with a side of asparagus, although our servers guy is the only one who actually knows how to order a properly cooked steak. Rare of course. Both wives get the roast duck with a loaded baked potato. Identical beers and wines for drinks, and the night has begun. The service provided by both servers is superb throughout the meals. After our couples have finished their dinners, and 3 drinks each, they both order the double chocolate fudge brownie thingy that everyone raves about. Up until this point both couples are looking at a check in the neighborhood of $150, but one thing changes everything. The “other” couple just happens to be celebrating their 20th anniversary and “doesn’t know how a steak is supposed to be cooked” guy decides to end the night by splurging on a $500 bottle of the best champagne they have. Before this extra order was made, both servers had been taking equally terrific care of their customers for nearly an hour, and were on pace to receive a tip in and around $30, assuming that both couples aren’t jackasses who only tip 15%, but now through no fault of their own, the server of the “other” couple, who has now been burdened with the extremely difficult job of retrieving said bottle and 2 clean glasses, just watched their tip skyrocket up to around $130. What the what??? That shit ain’t fair. Our server got fucked by the dumb bitch greeter who could have sat them at our table. But wait……maybe our server actually lucked out, because “doesn’t know how a steak is supposed to be cooked” guy turns out to be an ass-munch who’s had too much to drink, and his UBER car is outside waiting for him, so in his rush to go home and get the sex he only gets once a month, he only leaves a $60 tip. You may say, “but Jeff, She still got an extra $30 for doing next to nothing.” Ah yes, this is true. And I kind of agree. However, the big boys at the IRS don’t give a shit! 15% of a $650 bill is $102, and that server will have to pay the taxes on it. In other words, one way or another a server gets fucked. That’s bullshit all around.

Now I know that most people agree that servers generally don’t get paid enough. A lot of people think we should follow the lead of the 8 states that require tipped servers to be paid federal hourly minimum wage($7.25). Admittedly, that would be great, but it still doesn’t address the bigger issue, which is the tipping itself. I am in no way in favor of eliminating tipping, I just believe we should completely change the system of how we do it, and it has less to do with what a customer can afford to spend and more to do with the labor the server actually does. Although the above example is an extreme case, it is still not right. Furthermore, I have just as much of a problem with 2 people eating at a cheap diner for an hour and having a $30 bill, and even if they tip 25%, the server only gets $7.50. Did our non-champagne server above work 4 times harder in that 1 hour than our cheap diner server. No way. I’m not against servers working in nicer establishments to make more money, I’m just against the server in the diner making so little because of a system that bases your labor worth on how much the customer can afford to spend on a meal. I can tell you without reservation, that if I eat a 30 minute lunch alone in a cheap diner, and my bill is only $9, there is ZERO chance that I will only tip $1.35. Are you friggin’ kidding me. I think 30 minutes of a servers time is worth more than that. I’m sure most of you would agree. So here’s how we fix it. Hold on to your hats because this might seem a little complicated at first, but try and follow along and we’ll get there.

For starters, all tipping will be included in your bill and it will be based on the price range of the dinner menu, because it is all relative to the rest of the menu. Restaurants will be given a grade based on those prices. For the sake of this blog, we’ll call it $ to $$$$. If 80% of your dinner entrees are under $10(IHOP), than you get $. Under $20(Chili’s) gets you $$. Under $40(Longhorn Steakhouse) gets you $$$ and if 80% of your dinner menu entrees exceed $40(Ruth’s Chris) than you get a $$$$ rating. Now that we’ve got that out of the way, let’s see the rest of the system.

The number of people in your party, the amount of time you are there, plus the restaurant rating, determine the tip. Time will be assessed in 15 minute increments, but to prevent stalling by the server, only the first 15 minutes are a given. The remaining time is from when the dinner ticket is received by the cooks until the customer pays. With the exception of the cheap diners, all this stuff is done on computers now, so this is easy to track. A 4 minute grace period will be allowed. 49 minutes is 45, but 50 is 60. $ rating is $1 per person, per 15 minutes. $$ is $1.50. $$$ is $2 and $$$$ is $3. That 30 minute cheap diner $9 bill gets a $2 tip(22%). 2 people at the same cheap diner with $23 bill and the server gets $4. Still 17%, but if said couple stays for 35 minutes it becomes $6(26%). Conversely, a party of 4 that goes to Ruth’s Chris Steakhouse for 90 minutes and drops $1000, isn’t on the hook to tip the server $150 or more. Nope. My system, she gets $72. Still a very worthy tip for 90 minutes of work. Mainly because a NORMAL meal there is usually in the $100 per person range, and that would garner a tip around $60-$80. Just because they bought some expensive wine (see above) doesn’t warrant a doubling of her tip. A server at Chili’s in the same scenario would get $48. Doesn’t that seem like a far more fair differential for 2 people doing virtually the same job? I think so. Again, I hear ya saying, “but Jeff. The server at Ruth’s Chris now loses $80 or more. That’s bullshit!” Well let me retort. Bullshit is the disparity between how much a 15-20% tip for the server is, at Ruth’s Chris Steakhouse, versus the server at Outback Steakhouse. Is the service better at Ruth’s Chris? Probably. Not 10 to 20 times better. The girl at the better place deserves to make more, but not that much more. Additionally, I’m not saying that customers cannot still leave more if they want to. Feel free. My way just keeps it simple and provides a slightly more balanced field for EVERYONE in the service industry, and as an added bonus, the money is in the servers check with the taxes already taken out, which means no check to the tax man. Hell, you’ll probably get a refund, and who doesn’t like those?

In the end, this is just one man’s, potentially life changing, way to fix tipping in the service industries. No more trying to calculate in your head and fuckin’ up. No more gettin’ stiffed by the customer who did fuck up. No more checks to the tax man. More balance as a whole for servers at all restaurants and the best perk of all is knowing that if you still actually leave a cash tip on the table, everyone will automatically know that you’re a good tipper, and admit it……..you looooove lookin’ good to strangers.

3 thoughts on “I Gotta Tip For Ya, Right Here”