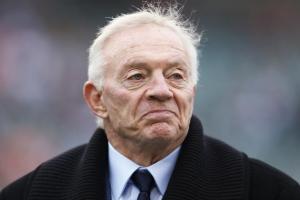 You will never get the credit. Ever. The sooner you realize that, the better off you’ll be for it.

I have dreaded this day for a long time. The day I would admit that “deep down, in places you don’t talk about at parties”, I want the Cowboys to be good again, and I want to be able to root for them again. It kills me to type those words because I have spent the last 20 years hating on them so much. Hating like a scorned lover, because that’s what I was. A long time fan that was slapped in the face by an owner who put his ego above winning, and since that decision, hasn’t won a damn thing. You have to love the irony. I know I do.

From the time I was around 8 years old(1978), I have been a football fan. Back in those days there were 2 things that were certain. The Patriots weren’t that good, and the Cowboys were awesome. I always rooted for my hometown boys, above all else, but my next favorite team was the Dallas Cowboys. Glitz and Glam. America’s Team. Tony Dorsett. Drew Pearson. Tony Hill. Randy White. Harvey Martin. Ed ‘Too Tall’ Jones, and of course, Roger Staubach. Even thinking about it now I realize I knew more players on the Cowboys than I did the Patriots. They had just come off a Super Bowl title, and they were likely every kids 2nd favorite team. Much like the Bulls of the 90’s were able to get so many lifelong fans, the Cowboys did the same thing. When you are a kid, you like winners, and when your hometown team isn’t one of them, some of your attention gravitates towards the teams that are. For me, that was Dallas.

For the first 7 years they were a playoff caliber team, even though they weren’t having a great deal of post-season success. The next 5 years things began to decline, and the writing was on the wall about the aging Tom Landry. He was 65 years old, and the coat and fedora were only a few years younger. In February of 1989, you bought the franchise and it was clear right away that Landry wasn’t part of the future for your team. As a fan, I also thought maybe it was time to move on from him. Although the idea of the team without Landry at the helm was not one that made me happy, I knew it had to be done. Shortly thereafter, Tom was out (unceremoniously) and Jimmy Johnson was in. This would be the first time where you would look very bad, in my eyes. You don’t dismiss one of the greatest coaches in history the way you did. Interestingly enough, moving on from great coaches is the one thing you actually are good at.

So, Jimmy takes over and orchestrates the greatest trade in the history of the NFL. I say Jimmy, because there is not a single person on Earth who believes you did anything more than approve a deal that a REAL football mind had put together. This trade is without question the single biggest factor in the success of the franchise in the early 90’s. Combined with no salary cap and a great coach, the team was going to be a dynasty for a decade. That was until your ego got in the way of what was best for the team. Just like that, Jimmy walked. All because you wanted more ‘credit’.

For the next 8 seasons it was a parade of bad coaches and worse draft picks. Does Ebenezer Ekuban ring any bells? 20th pick overall? Are you kidding me? Imagine how nice it would have been to get Antoine Winfield, 3 picks later. Dude is still playing, for crying out loud. Anyway, after all the failures, you decided to get smart and hire a great coach and talent evaluator. Bill Parcells came in, with the ability to ‘pick the groceries’, and it appeared as if you had decided to let the professionals handle things. Unfortunately, it would only last a couple of years, and the decision to overrule Bill Parcells on the DeMarcus Ware pick in 2005, was your downfall. You had finally given control of player personnel decisions over to a REAL football mind, but in the 2005 draft you really wanted Ware, and you forced Bill to take him. Smartly I might add. If you had just left it at that and quietly reveled in the greatness of that pick, all would have been fine. However, the thought that you may be a better GM than Parcells started to creep in and as soon as the Tuna realized it, he was out. The man who had delivered 2 playoff trips in 4 seasons, and had a ridiculous resume’, just walked.

Now you were right back where you wanted to be. In total control. Well, let me tip you into something that every other person that follows football already knows. Every owner in professional sports is in total control. As owner, you will ALWAYS have the ability to overrule a decision by someone (coach) who works for you. The real trick is to hire people who do the job so well you would never think there was a need to question it. In any business, results (wins) are the simplest barometer as to whether the employee is doing their job well. The only problem with you is that ‘owner’ Jerry won’t fire the GM. Although, if the GM was anybody but you, they would have been gone years ago. I truly believe that you would rather be average for another 20 years, as long as when the 2034 Cowboys win the Super Bowl, you get all the ‘credit’. Well, guess what?

You will never get the credit. Ever. The sooner you come to grips with that, the better off you’ll be for it.

Here’s what you fail to realize Jerry. Nobody likes you anymore, so the idea of giving you credit for anything goes against the fabric of human nature. There is nothing people hate more than someone who craves adulation. Especially as much as you do. It’s not a desirable personality trait. You’re everywhere. Pre and post game press conferences. Radio shows. Commercials. Always in need of attention. Remind me again how many other NFL owners are in front of the camera as much as you. That’s easy. NONE. Even fellow Dallas sports owner Mark Cuban has less of an ego than you, and that’s really saying something. However, your real problem is your need to be recognized for something that you don’t deserve to be recognized for. Jimmy is responsible for your titles in the 90’s, and there is nothing you can do to convince us otherwise. NOTHING! So stop trying. Your trades, contract signings, player evaluations, head coach choices and draft picks, since Jimmy left, are all the proof anyone needs to know you are not a good GM. The last few years you have made much better draft picks, but everyone knows that Stephen is the reason. You wanted to draft Johnny Clipdoard, but he talked you out of it. Thank god. In case you haven’t noticed, you have a pro-bowl QB already, who’s playing great this year because he has a great offensive line that Stephen made you draft. So again, you’re not getting the ‘credit’.

If you really want ‘credit’ for something, it should be your business sense. You’re brilliant in that field. You’d have to be to have the most valuable franchise in the NFL when your team has been a .500 team over the last 20 years. Now, that takes pure genius, and in the field of marketing and promoting, you have it in spades. On the field of play, however, you do not. Clearly this drives you crazy, and definitely clouds your judgement about on field decisions. So is the mind of an ego-maniac. You make sure that the world of the Cowboys revolves around you. Well, let me ask you this. How many NFL fans know who the GM of the Seahawks is? or the Saints? Trust me, hardly anyone, and they have rings…….recently. So, even if you take away the fact that Jimmy gets all the ‘credit’ for the titles, and Stephen gets all the ‘credit’ for the recent draft picks, when are you going to face the fact that even if you make ALL the decisions for your team, and you win a title, nobody cares who the GM is. NOBODY!! What people do know is who OWNS the championship team. Just ask Bob Kraft. A man who pays people who know football, to win games, while he sits up in his suite and counts hundred dollar bills, and never looks to get any ‘credit’. Yet, that’s exactly what he gets, while you are on your knees begging for it.

You will never get the credit. Ever. The sooner you come to grips with that, the better off you’ll be for it, so “Get off your knees, Louie.”

One thought on “An Open Letter To Jerry Jones”